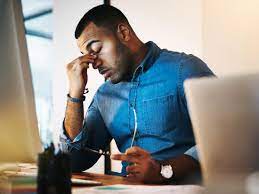 The severity of sleep apnea is determined on a sleep study and is typically based on the number of respiratory pauses/disruptions per hour of sleep, which is generally reflected by the RDI, or respiratory disturbance index. Keeping in mind that a diagnosis of MILD sleep apnea is defined as an RDI between 5 to 15 per hour in conjunction with symptoms, i.e., daytime sleepiness, fatigue, disrupted nighttime sleep and/or comorbidities, i.e., high blood pressure, cardiovascular disease, stroke, a question that comes up often is whether or not all those with mild sleep apnea require treatment. After all, mild sleep apnea identified on a diagnostic sleep study in the absence of symptoms and comorbidities technically does not constitute a diagnosis.

Nevertheless, while comorbidities can be identified with objective data, symptoms can be quite challenging to assess. If one of the most common symptoms of untreated sleep apnea is daytime sleepiness, a symptom that each individual brain and body feels differently, how do we tease out the symptomatic from the asymptomatic? Many people describe sleepiness in a variety of ways, ranging from ‘feeling unrefreshed’ upon awakening in the morning to having difficulty keeping their eyes open in the afternoon. I often give an example to my patients when describing how subjective of a symptom sleepiness really is: if you were to be in a room full of 10 people, each one with a broken knee, you would hear some degree of similarity in the way each person describes how their knee feels. While some tolerate pain with less difficulty compared to others, there’s a good chance that pain will be the universal feeling, or symptom, described by each one of these 10 people. But a room full of 10 sleep deprived people is a whole different space. You may hear one person describe the feeling of sleep deprivation as absolutely unbearable and paralyzing, while another may “feel“ they are not sleep deprived at all. So if the most common symptom of a condition can be “felt“ and described so differently from person to person, assessing symptoms in the setting of mild sleep apnea is anything but straightforward, and furthermore poses a challenge in assessing any syndrome of which somnolence is a typical symptom. This is only one of the reasons that sleep disorders are so markedly under diagnosed, and many people with conditions such as sleep apnea and narcolepsy will live their entire lives without ever knowing why they felt so sleepy … or didn’t! Speaking of sleep apnea and narcolepsy, a patient I saw recently for a consultation had presented to me with a known diagnosis of mild sleep apnea as well as type 2 narcolepsy. He was completely untreated at the time, and when I asked him why that was the case he replied “well, neither of those things really ever bother me, but now that I’m married, my wife can’t stand my snoring so I was hoping you had a solution for that.“ He also curiously asked me about the different medications indicated for the treatment of sleepiness in narcolepsy, and after describing the various agents we often prescribe, he said “does sleepiness always need treatment though? It doesn’t interfere with my life, and I like the fact that I can fall asleep as soon as I go to bed at night, my wife is jealous of me for that.”

And yet probably one of the most challenging questions I often hear when discussing treatment options for patients with newly diagnosed mild sleep apnea is “I can’t tell if I’m sleepy, so I don’t know what to do, what would you do?” My reply has always been and will always be “there’s only one way to find out, we can treat you and see if you feel better.” At the end of the day, we are all human and if we all adapt to feeling a certain way and accept it as our physiologic norm, we may not necessarily identify a problem, until we try a solution.